We know how confusing it can be to find this information, given the many EU directives on this topic. Legal jargon is also probably not for everyone. Since we’ve ‘been there, done that’, we share our understanding of the various regulations regarding the use of ingredients, their nutrition and health claims and more. 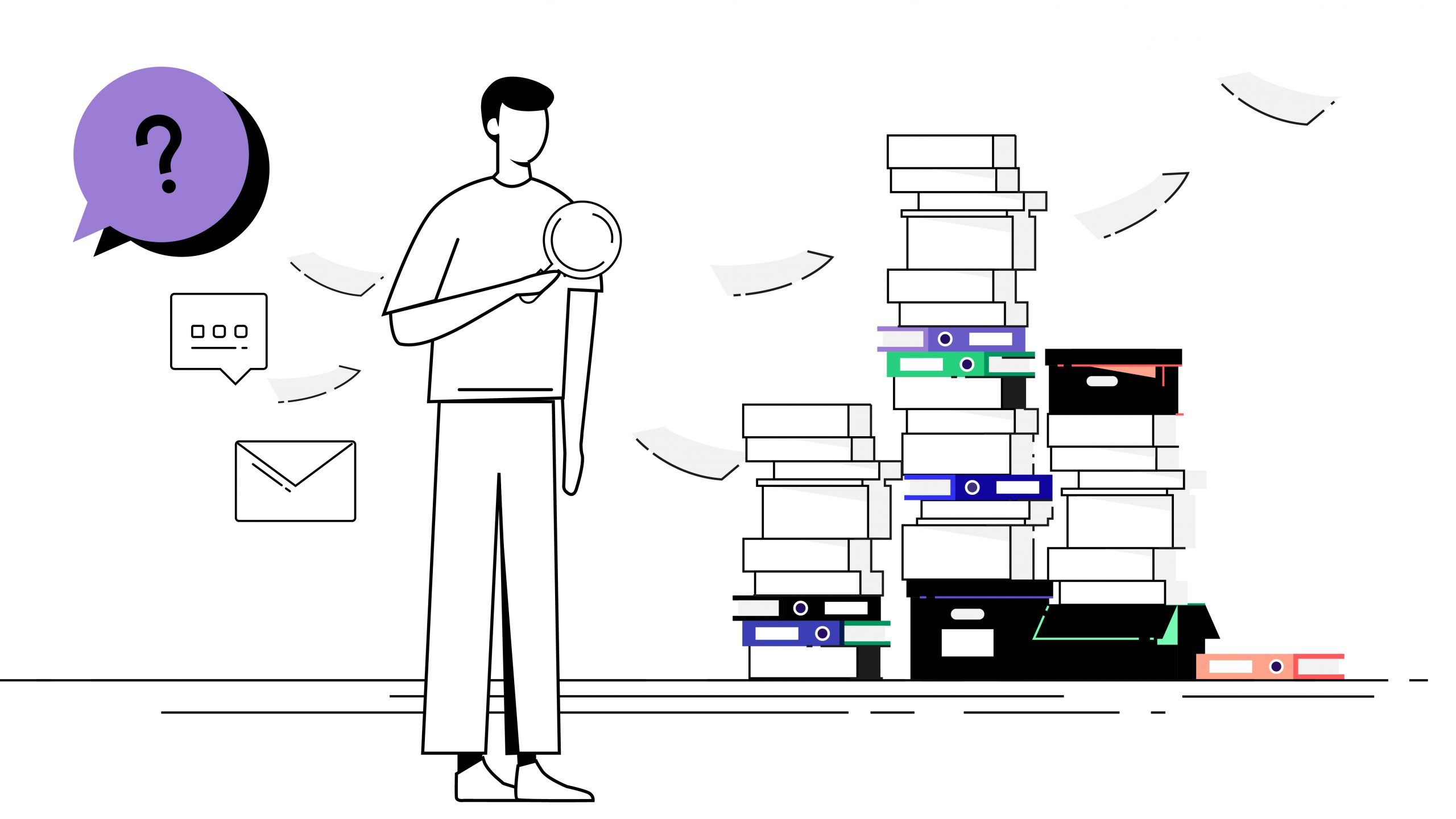 The EU General Food Law Regulation (EC) No 178/2002 puts the onus of the responsibility for the safety of food supplements on the business operator placing the product on the market.

As a food supplement manufacturer in Europe, we’ve had our fair share of trying to understand all the various laws governing food supplements, the use of ingredients in them and how we can apply these regulations to increase the consumers’ confidence in the formulations that we manufacture.

We believe that knowledge is free and is meant to be shared and so in this article, we will explain what the main regulations on food supplements within the European Union are and how companies can make sure they are applied.

What are food supplements?

In 2002, in Directive 2002/46/EC, the European parliament defined ‘food supplements’ as those foodstuffs which are meant to supplement the normal diet. They added that food supplements “are concentrated sources of nutrients or other substances with a nutritional or physiological effect”. The directive went on to further describe that these supplements may be

What nutrients are allowed to be used in the manufacture of supplements?

Directive 2002/46/EC includes only vitamins and minerals under the category of nutrients.

Annex I and Annex II of the directive list the following vitamins and minerals as approved for use in food supplements:

The minerals approved for use in food supplements are calcium, magnesium, iron, copper, iodine, zinc, manganese, sodium, potassium, selenium, chromium, molybdenum, fluoride, chloride, phosphorus, boron and silicon. We recommend you to review Annex II of Directive 2002/46/EC for the approved forms of these minerals.

The Directive states that vitamins and minerals that are not on the list may be used in food supplements if:

Since the first legal act in 2002, the EFSA constantly updates the “approved nutrients” lists. Updates are based on commercial requests to deliver an opinion on the safety of nutrients or nutrient forms in food supplements. That is to say that companies wishing to use a nutrient source not included in the list above have to submit an application for evaluation to the European Commission. If approved, the nutrient or its form is added to the lists in Annex I and Annex II of the directive.

Food supplement businesses are therefore advised to regularly check Annex I and Annex II of Directive 2002/46/EC for any additions or deletions to the lists of approved nutrients.

What nutrients are not allowed to be used in food supplements in the EU?

Only those nutrients, and their forms mentioned above, are permitted for use in food supplements.

Items that are on the “prohibited” list may not be used or requested for use. As of the date of publishing this article, there are 6 substances that are prohibited for use in food supplements. Please refer to Part A of Annex III of Regulation (EC) No 1925/2006 of the European Parliament for this list.

Part B of this list provides information on substances that may be used under certain conditions (referred to as “restricted” substances).

What about novel ingredients?

Under EU regulations, any food that was not consumed, within the EU, “significantly” prior to May 1997 is considered to be a novel food (Regulation (EU) 2015/2283). This includes new foods, food from new sources, new substances used in food as well as new ways and technologies for producing food. However, foods that have been traditionally used in at least one country outside the EU for more than 25 years may not be considered a novel food.

Once a substance is considered to be novel, but not yet authorised and included in the Union list, use in the EU becomes tricky. Some authorities argue that this legal combination qualifies a substance as being prohibited to market. Other authorities on the other hand, still permit these substances, since the possible classification as Novel Food in combination with not yet being approved does not say anything about the actual risk of the substance.

These different views basically reflect the two different approaches that authorities and the judicial system may take: Does a food ingredient first need to fully prove its harmlessness, as in the pharmaceutical world? Or can we derive its harmlessness from other parameters and the food ingredient is put on a negative (prohibited) list once it is identified as being harmful? This huge interpretation gap leads to a significant grey zone within the industry.

Are there any directives with respect to the nutrition claims?

According to Regulation (EC) No 1924/2006, a ‘Nutrition claim’ refers to any claim which states, suggests or implies that a food has particular beneficial nutritional properties. An ingredient may be considered nutritious due to the energy it provides or the nutrients contained in it (Nutrition claims).

There are very specific rules to nutrition claims such as ‘low fat’, ‘sugar-free’ or ‘natural’, for example. Please refer to the Annexe of the Regulation (EC) No 1924/2006 for information on nutrition claims permitted for use with food supplements.

The objective of these rules is to ensure that any claim made on a food’s labelling, presentation or advertising in the European Union is clear, accurate and based on scientific evidence.

It is to be noted that claims that could mislead consumers are prohibited on the EU market.

Are there any directives with respect to the health claims about specific nutrients?

As we do in all of our blog posts, newsletters and LinkedIn articles about nutrients, it is advised to refer to the EU Register of nutrition and health claims made on foods. This register lists all of the EFSA-authorised and non-authorised health claims with respect to the vitamins and minerals stated above.

It is to be noted that every authorised health claim comes along with a ‘Conditions of use’. Some claims also have restrictions on their application. Claims that are non-authorised are accompanied by the reasons for this.

Further, it is to be noted that these health claims are only applicable to human health.

‘Function claims’ that do not qualify as health claims and those that are still under consideration by the EFSA are not included in the register.

Is the amount of a nutrient that a food supplement can contain regulated?

Yes, where possible, the EFSA establishes the tolerable upper intake levels (ULs) for different population groups. The ULs represent the highest dosage of a nutrient that is considered safe for one’s health upon long-term daily use.  As a food supplement manufacturer, we strongly advise our customers to stay within the recommended limits.

You can find the data by nutrients or target populations using the DRV finder tool.

Is there a directive for the use of plant substances in food supplements?

Until now, we spoke only of vitamins and minerals as nutrients. Although the EFSA does not recognise plant extracts as nutrients, it is well known that they have several benefits that are made use of in traditional medicine.

Unfortunately, at this time, the EFSA is still considering health claims referring to botanical substances. This is because some concerns exist about their safety and quality. These include the risk of chemical or microbiological contamination (EFSA topic).

However, as mentioned in a previous blog post, the EFSA has published a tool kit for food manufacturers to consider the safety of a given botanical ingredient. The toolkit is composed of:

According to this tool kit, botanicals or botanical preparations for which adequate scientific and community knowledge exists, can be presumed to be safe without any need for further testing (guidance document). Thus, for example, curcumin prepared from the root of the Curcuma longa L. plant, is not included in the Compendium as having any adverse effects. However, essential oils (monoterpene etheroxide: 1,8-cineole) and bicyclic monoterpenes (camphor) from this root are of concern and are not permitted to be used in food supplements without a thorough toxicological evaluation.

Additionally, all botanicals and derived preparations that are assessed to be safe by the food manufacturer has to comply with the general principles and requirements of food law set out in Regulation (EC) No 178/2002. Plant extracts should also comply with existing EU Regulations about maximum permissible limits for pesticides and residues (EC 1881/2006 & EC 396/2005)

What about food additives?

Additives such as preservatives and sweeteners, are specifically regulated for use according to Regulation (EC) No 1333/2008. Here, food additives are explicitly described as substances that are not normally consumed as food itself but are added to food intentionally.

Annex I of the regulation further defines specific classes of additives such as sweeteners and colourants. Annex II of the same regulation provides a list of permitted additives. It is to be noted that the list of additives differs for food supplements in the solid form and liquid form.

It is also prohibited to add food additives to unprocessed foods and in foods for infants and young children.

Can a food supplement containing EFSA-approved ingredients and additives also be sold for children?

Food supplements that satisfy the nutritional requirements of these categories of people, should bear an indication of their suitability for the nutritional purposes being claimed. This includes, for example, gluten-free food for celiac people, food for sports people and processed cereal-based food for young children. The labelling, presentation and advertising of such foods should provide information for their appropriate use. Importantly, the information should not imply or attribute the property of preventing, treating or curing a human disease.

Since the nutritional intake for these populations may also differ from the healthy, adult population, the dosage of nutrients must conform to the upper limits set by the EFSA for that particular population.

Further, as mentioned above, it is prohibited to add food additives to foods for infants and young children.

In conclusion, therefore, a food supplement meant for adults cannot be sold for children.

Finally, are then any directives regarding liposomes or liposomal food supplements?

Although there are no blanket directives with regards to liposomal supplements, we are able to assure you that the EU commission has determined that liposomal vitamin C is not novel in food (Novel food catalogue). This is because it has been consumed to a significant degree by humans in the EU before 15 May 1997 (Novel food).

With regards to liposomes in food supplements, in general, the EFSA classifies it under the category of “soft nanomaterials” (EFSA meeting 2015). Such engineered nanomaterials are then subject to EU Novel food regulations. However, nanomaterials are also described as those that have a particle size of 0-100 nm. Since greater than 50% of the liposomes that PlantaCorp manufactures are adjusted to be within the 100-250nm range, the supplements that we manufacture takes are out of the focus of the nanomaterial regulation, but are still very efficient, small transport carriers. Unless the encapsulated active ingredient is still under assessment by the EFSA, therefore, the liposomal food supplements that we manufacture can be released into the wider food supplement market.

As mentioned in the beginning of this article, the rules and directives shared here are only for the free circulation of food supplements within the European Union (EFSA:Nutrition and health claims). For the promotion of products outside of the EU, we request you to please consult the directives of the local authorities in the country of sale. This is true of products sold within the EU as well since individual member countries may have additional regulations.