The benefits of glutathione supplementation

Did you know that in the year 2022, “glutathione” had a global search popularity of more than 75%? It ranked higher than other, popular antioxidants such as resveratrol and OPC. In our blog post on antioxidant supplements we briefly mentioned how glutathione can reduce the biomarkers of oxidative stress. Since it has several other benefits, we decided to dedicate an entire blog post to this “all-in-one” supplement. 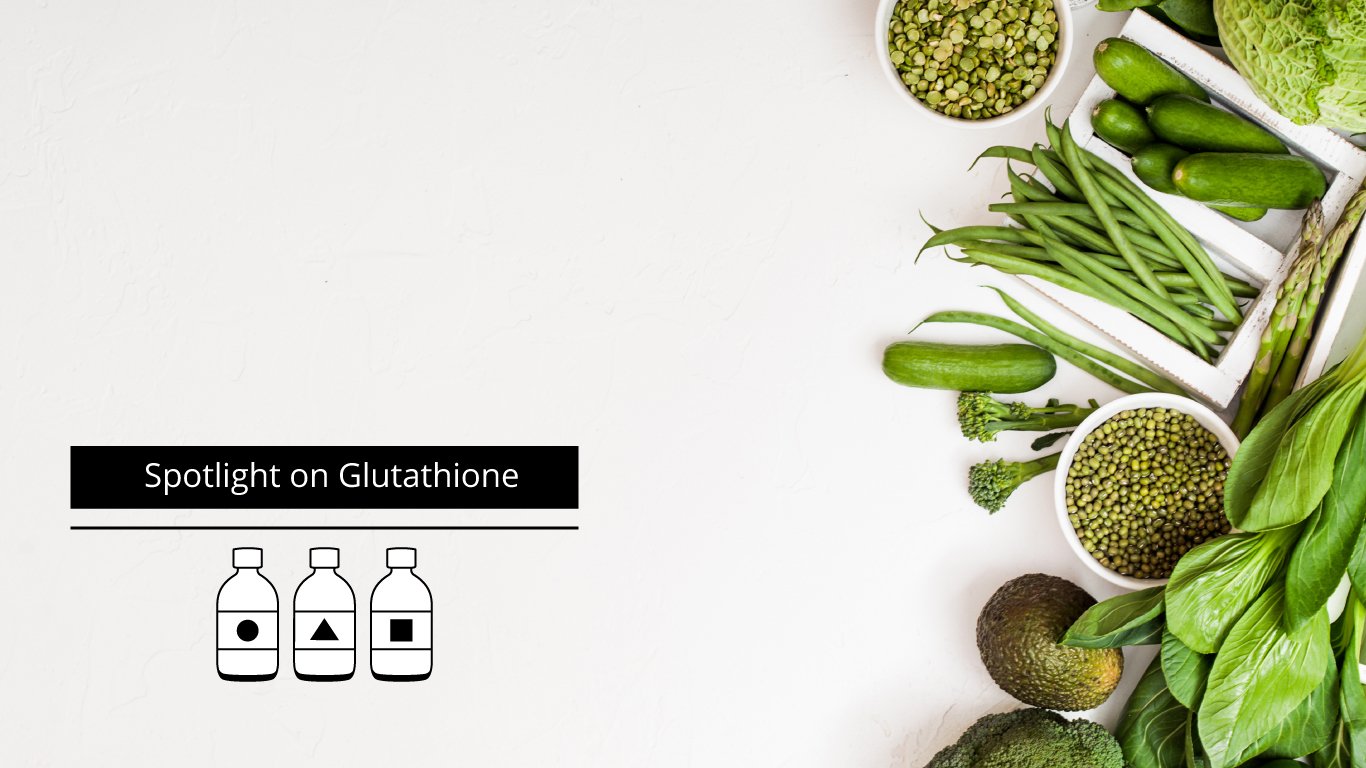 Glutathione is one of the most abundant antioxidants occurring naturally in almost all living plant and animal cells (1). It is made up of three amino acids-cysteine, glutamic acid and glycine (2).

It is a critical regulator of oxidative stress and inflammatory response. It is also a regulator of DNA synthesis and repair (2). Finally, glutathione is extremely important for detoxification (3).

The maintenance of optimal levels of glutathione may, therefore, be an important strategy for the prevention of oxidative stress-related diseases. Such diseases include cardiovascular diseases and cancer (3).

The health benefits of glutathione

Ageing is a natural, persistent decline in the fitness of an organism due to internal physiological deterioration (4). A large part of the physiological decline occurs due to oxidative stress.

Glutathione plays a pivotal role in protecting cells against oxidative stress-induced cellular damage, in detoxifying xenobiotics and in drug metabolism. Decreased glutathione levels are thus, associated with the common features of ageing (2,5).

Dietary supplementation is, therefore, encouraged to counter the ageing-related symptoms such as cellular damage and impairment of nervous function (2,5).

The impairment of glutathione function in the brain is linked to a loss of neurons during the ageing process (2). A decline in cellular levels or function are also associated with neurodegenerative diseases such as Huntington’s disease, Parkinson’s disease, stroke, and Alzheimer’s disease.

The exact mechanisms through which glutathione regulates brain metabolism are not well understood. However, it is believed that it functions as a neuronal regulator in homeostasis and metabolism (2).

The dietary intake of glutathione and its precursors (cysteine and glycine) have been associated with isometric strength. A short-term increase in lean mass was also observed (6,7). This is positively associated with muscle strength.

Glutathione’s sports functions are due to its ability to reduce fatigue and free radicals produced upon exercise.

Its anti-melanogenic properties can help reduce spotting of the skin when exposed to the sun (8). Glutathione is also capable of brightening tanned skin.

Since free radicals are generated in the process, a potent antioxidant like glutathione can greatly help reduce inflammation and its symptoms (3).

Enhancements in immune function markers including Natural killer (NK) cell cytotoxicity and lymphocyte proliferation, have been observed upon glutathione supplementation (3).

Does the oral supplementation of glutathione work?

In a 6-month randomized, double-blinded, placebo-controlled trial, oral glutathione supplementation was effective at increasing body compartment stores. This increased with time and the dosage of the supplement taken (1).

Although glutathione supplementation is recommended for all the applications listed above, it suffers from low bioavailability (5).

Bioavailability studies with our own liquid liposomal glutathione formulation have indicated that plasma glutathione levels increased by almost 64-times. This is as compared to a non-liposomal formulation.

Is the glutathione used in supplements a natural or synthetic ingredient?

The glutathione that we use in our products comes from a synthetic source. A natural source just would not have a high enough concentration of the active ingredient.

What form of glutathione supplementation is recommended?

Glutathione in supplements comes in two forms- reduced and acetylated. S-acetyl glutathione is the more bioavailable form. However, we use the reduced form of L-glutathione in our formulations. This is because it works well in the pH range we work with and at a lower cost.

Are there any side-effects to glutathione supplementation?

The revenue of the global glutathione market is estimated to surpass USD 361.0 million by the end of 2027 (10). The clients’ demand for natural ways to fight ageing will be one of the major drivers of this growth.

Do we have you convinced? Then talk to us about adding liposomal glutathione to your supplement portfolio. We can offer liquid liposomal formulations of glutathione both as a white label and as a custom formulation option.